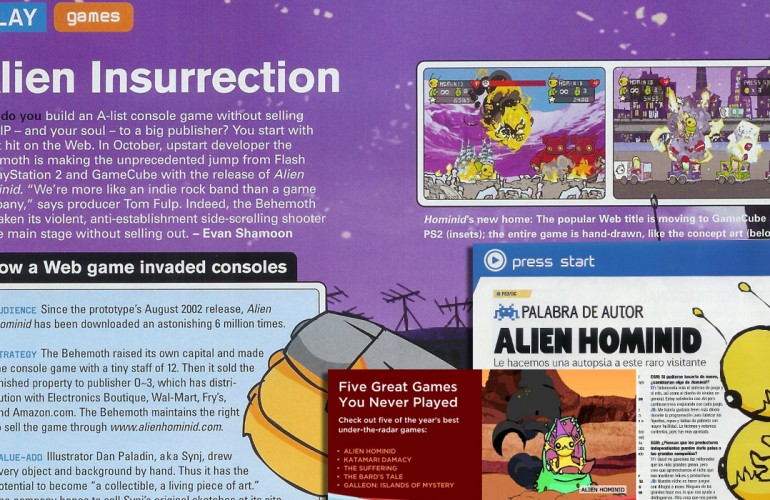 The Challenge: Convince the gaming media that a popular free-to-play Flash game could be supersized into something that people would buy for their gaming system (O3 Entertainment/The Behemoth).

Alien Hominid was a Flash game featured on the website, New grounds.  The free version had already been downloaded over six million times when the developers of the game (The Behemoth) was working on a bigger, better version for the O3 Entertainment/The Behemoth

MMPR was critical in turning independent indy game, Alien Hominid, into a national hit. Securing big preview coverage in publications such as Wired Magazine and Ziff-Davis GMR Magazine (the monthly publication for the Electronics Boutique game store chain). The critical success of Alien Hominid helped vault The Behemoth to the forefront of independent developers. When the console downloadable space boomed with the launch of Xbox Live, The Behemoth introduced the world to their next big hit, Castle Crashers.